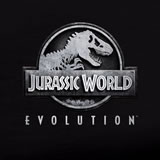 Can I Run Jurassic World Evolution

Can You Run It

Jurassic World Evolution features some beautiful looking dinosaurs and gorgeous environments to build your park in. This means the GPU requirements are quite high though, so you'll need at least a GeForce GTX 1050 or Radeon HD 7850 just to pass the minimum requirements. Once you've got that settled, it's time to take over the creation process of your very own dinosaur park. Bioengineer new and exciting dinosaurs, expand your park's influence by building new structures, and prepare to watch your park flourish (or crash and burn).

Updated December 28, 2020 By Cliff Henjum It is heavily rumored that Jurassic World Evolution will be a part of the Epic Games’ free game holiday giveaway so now is a great time to take a look at the specs needed to play it on PC. The system requirements for this dino-park sim are fairly high, but that just means you get to see your dinosaurs in stunning detail. If you just want to play JWE on minimum graphics, then you only need a GeForce GTX 660 or a Radeon HD 7850 in your video card slot. However, if you want to see each scale on your brand new T-Rex, then you should have at least a GeForce GTX 1060 or a Radeon RX 480. The corresponding CPU requirements for minimum and recommended are as follows: Core i5-2300/FX-4300 for minimum and Core i7-4770/FX-8350 for recommended.