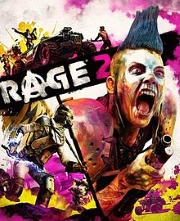 Can You Run It?

Bethesda recently announced that Rage 2 will arrive sometime in 2019, most likely in spring. Rage 2 is the sequel to the post-apocalyptic shooter from 2011 and will be set in a massive open-world this time around. Rage 2 will feature even more exciting vehicle combat, awesome new guns, and a ton of ridiculous characters to meet.

Can my computer run RAGE 2?

Updated February 11, 2021 By Cliff Henjum Free game alert for people with a little bit of patience - RAGE 2 will be completely free to download and keep on the Epic Games Store starting February 18th for one week. This 50 GB game needs at least an Intel Core i5-3570 or an AMD Ryzen 3 1300X to pass the minimum CPU requirement. Your PC should also have at least a GeForce GTX 780 or a Radeon R9 280 with 3 GB of VRAM to run RAGE 2 on at least low graphics. RAGE 2 can be played on max graphics if your PC can pass the recommended requirements test which first states that you need at least an Intel Core i7-4770 or an AMD Ryzen 5 1600X for your CPU. After your CPU is taken care of, you’ll need at least a GeForce GTX 1070 or a Radeon RX Vega 56 for your GPU. Updated April 19, 2020 By Cliff Henjum One of the biggest games of the summer, RAGE 2, releases on May 14 and it’s got everybody asking “Will my computer run RAGE 2?” id Software teamed up with Avalanche Studios to tackle this project. Avalanche Studios is best known for their other open-world games like Just Cause 3 and Mad Max. It will take place approximately 30 years after the events in the original RAGE and will contain both new and old characters. Explore the vast open-world inhabited by vicious mutants as the last ranger in a time where most of mankind has already perished. Looking back at how amazing Mad Max looked and how fun the physics in Just Cause 3 were, gamers will want to get the most FPS possible while playing RAGE 2 on PC!

Bethesda announced the official system requirements in early May and they are far from easy to pass. They are significantly higher than other triple A titles that already released or are about to release in 2019, such as SEKIRO: SHADOWS DIE TWICE and World War Z. The minimum graphics card that you’ll need to run RAGE 2 is either a GeForce GTX 780 or a Radeon R9 280. These cards are (or were) considered close to top tier for their respective generations and are still relevant in terms of comparative power to today’s graphics cards. In other words, if you pass this graphics requirement, you are well on your way to passing over 90% of all games’ graphics requirements.

RAGE 2 releases on May 14, 2019 so make sure your computer is ready to pass the system requirements. Speed across the rugged wasteland in gyrocopters and other post-apocalyptic ready vehicles. Prepare those 50 GB for some rampaging action in RAGE 2!

What Will Run It?

Below are some gaming computers with images that show how many games will run on each. Each computer was tested against the minimum and recommended requirements of over 8,500 of the latest PC games. Click here for more options.